I would have expected better from Dr. Scott Gottlieb, the head of the FDA. He is both sharp and knowledgeable. Which makes it even more astounding that the ban of 7 food additives (artificial flavors) could happen on his watch. I don’t much care whether any of these artificial flavors end up in my tomato soup or not. But I do care that the reasoning behind the ban violates fundamental principles of chemistry and that the message it sends is exactly the same incorrect science that has been successfully heaped on the American public by the organic food industry – that there is any difference between a chemical that comes from a plant, etc. is in any way different from the same chemical that is made in a factory. This is dead wrong. They are indistinguishable from each other. The FDA decision not only contradicts good science but also supports bad science.

WHY IS THIS CRAZY?

One of the chemicals in the ban is called myrcene. It is ubiquitous in plants, for example, mangos, ginger, lemongrass, basil, and marijuana (Figure 1). 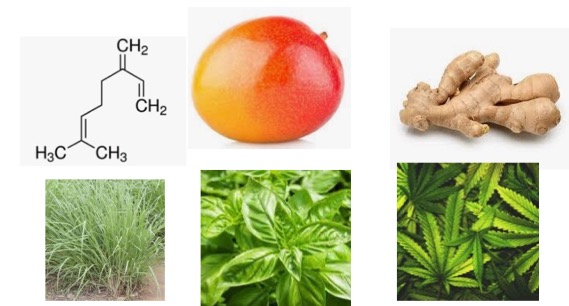 Figure 1. Myrcene, which was just banned as a food additive by the FDA occurs naturally in mango, ginger, lemongrass, basal among others. ©The American Council on Science and Health

Here’s where it gets seriously crazy. Let’s say you had a magical Mango-matic 5000-A synthesizer© in which you jam in a bunch of mangoes, push a button and out comes pure myrcene (2). Like this one. 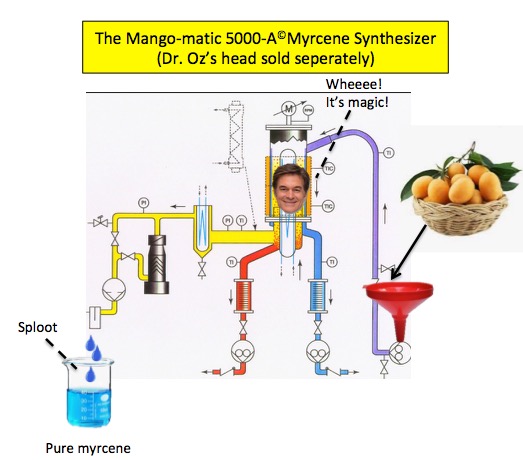 ©The American Council on Science and Health

Mango-matic 5000-A synthesizer© myrcene could legally be used as an artificial (1) flavor (additive). 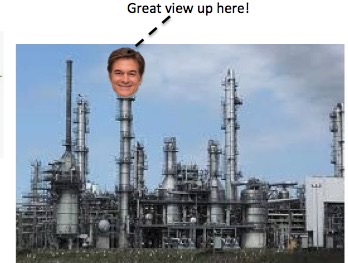 But let’s say that you don’t feel like collecting a bunch of mangoes. You could also make your myrcene here. 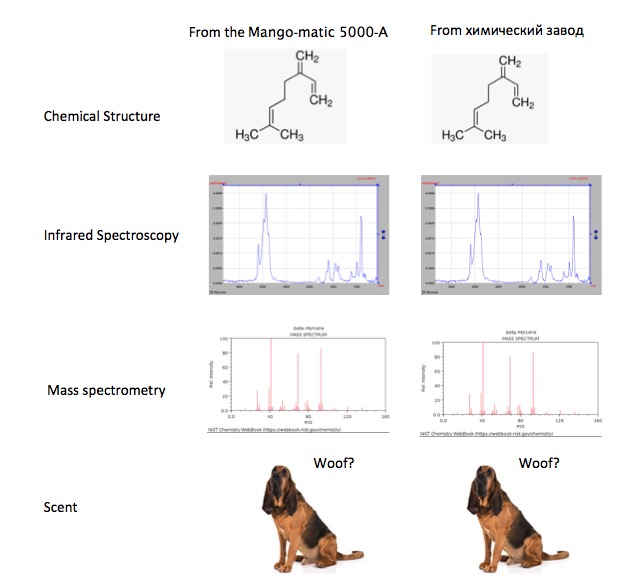 SO, WHO IS BEHIND THIS?

OK, you get it. There is NO difference between the two batches (3). Zero. So please explain why a ban, which is the embodiment of anti-scientific dogma, should be imposed on one and not the other. Could it be…

“The FDA’s ban is a response to a handful of groups petitioning to have the chemicals more tightly regulated and could affect a number of popular products.?

Hmmm. A handful of groups that don’t like chemicals and seems not to like science very much either. Who could these people possibly be?

“…groups including the Breast Cancer Fund, the Center for Science in the Public Interest, the Environmental Defense Fund, and the Natural Resources Defense Council

Yep, it’s the usual suspects. A bunch of lawyers, art history majors, and shakedown artists who can’t tell the difference between a periodic table and a craps table.

Fine, this is a well-documented bunch of morons. But Scott Gottlieb is anything but. The FDA has some splaining to do. Why is the agency taking guidance from them? Finally, (emphasis mine):

So, it’s not just myrcene that is being “picked on.” It’s seven different chemicals, all of which are naturally occurring, and just happen to be identical in every way to their synthetic counterparts. By imposing this arbitrary ban the FDA is promoting scientific ignorance – just about the last thing this country needs more of.

Whoever made this call should be ashamed of him/herself.

FDA, food additive, synthetic flavoring substances, myrcene
TOP
We collect anonymous information to operate this website and to improve its usability. Kindly note that by using this site you are choosing to the use of cookies. Accept Read Policy
Privacy Policy Tip